The 80’s are fashionable currently so I hear. Jordan 1’s are back in stores, as is garish gym gear. Women’s fashion seems to be very 80’s based currently and last week I swear I saw someone playing with a Rubik Cube on the train.

West Ham join in the revival and we get castigated ! I remember a time when smashing the opposition bus, having several thousand fans locked out the ground, starting the game an hour late, throwing bottles at their keeper (plus the obligatory, should be old enough to know better, pitch invader) ,  running a bar dry, and leaving the ground to make your way through riot police was a staple of most Saturdays. But now people just get hot about it.

OK I jest, but anyone who wasn’t there and has just read the websites and papers, and listened to Adrian Durham drone on (who wasn’t there either) will think (once again) WW3 broke out in Upton Park last night. I’m not condoning any of the above  (except the bar bit) but lets be real. Yes the streets were packed, yes loads of people without tickets were there, but a few idiots throw some bottles at a bus and it’s the ICF comeback. Nonsense. Absolute nonsense.

I spent about 5  hours there, and never heard a raised (angry) voice. But I heard many voices, all raised. The atmosphere was just something to behold. This fixture is always an occasion, but last night was off the chart. I was there for the last game of the South Bank, the North Bank and the West Stand, but this was something that will live with me forever.

All the stuff afterwards with the fireworks and all that, although I see some people liking it, isn’t for me and I scooted prior to the Rejects playing, which is a little annoying but like I say, that stuff isn’t for me

There was a video played on the screens, listing many of the players that had passed away but would technically been “young enough” to be there, and although John Lyall, and Graham Paddon were up there, obviously the big one was Sir Bobby Moore. The Man U fans spontaneously burst into a chant of his name. Class Act all round. It was that kind of night.

With all this going on there was a football game on as well, and although late, it was probably one of the best Premier League games of the season. Both teams still have their eye on 5th, and both put out very strong teams. Our nemesis, Mr Rooney, started for United which is usually ominous. But we seemed to contain him ,and he seemed a little off form, which doesn’t bode well for the Euros. Misplaced passes out wide were common place and we started to get the upper hand. For the first time in a long time we played two real strikers up top, I assume to keep the Utd centre backs busy, and it seemed to be paying off. Then Sakho bent one round De Gea from distance, and it was game on after  10 minutes. We had another chance when Carroll went clear from a great through ball from Payet but hit it straight at the keeper. Anyway, we held onto our lead to half time, and it looked like the dream night would happen. In the 2nd half Man U came out firing, and the wingers seem to be on their A game. In fact one of them, Mr Martial strolled though our defence to pick up a straight pass/cross and draw the visitors level. Did I expect it it ?  Yes. Did I expect a re run of the first 2 Swansea goals? No. Slaven needs to get the CB’s to work on position when there is an overlap, its just too easy for the opposition.

Soon after Martial got another one by getting into a stoppable position again, and the wheels were coming off. But the team fed off the incredible crowd, and in only 4 minutes, Antonio had equalised with a great header. Once again he had a set celebration ready, but Andy Carroll dragged him up the pitch. He knew it, we knew it, this was our night, and ours only, even if you are the most decorated team ever in the English game. Another 4 minutes, another goal, this time from the unlikely source of Winston Reid, whose other goal was pretty famous on the terraces as well, but will always now be the scorer of the last ever goal at The Boleyn.

We played out the last 10 minutes on the edge but for a change in control. So who won the game? The players played for the fans, the fans went berserk for the players, and Slaven was the architect. Did it mean as much to him as everyone else? Considering he was in tears at the final whistle, I think the answer was yes.

5th place is in the hands of others now, and I think the game at Stoke is a bit after the Lord Mayors show, so we have to see the shake out of FA Cups and UEFA cups to see if we get another shot in Europe in our new shed in season 1, but I for one will never forget this evening. Leaving earlier than most gave me a bit of time on my own taking one last look at the old girl and I left with a heavy heart, but hoping we can build this club on the potential that is now in place. Whether I will be along for the full ride will depend on how the new “experience” plays out, but I have my ticket, and we shall see.

Thanks for the memories, old girl..

MOTM: The Stadium and the Fans 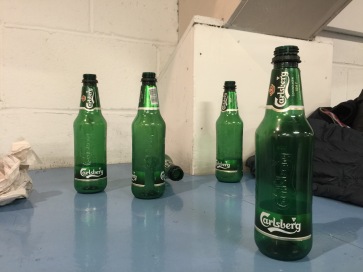 Possibly the last ones in the wild 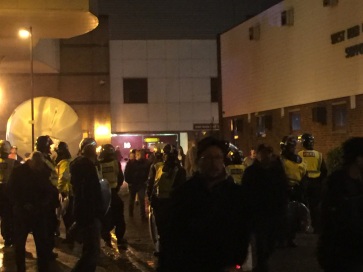 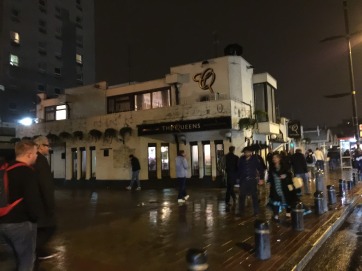 Shut within a year

For the last time 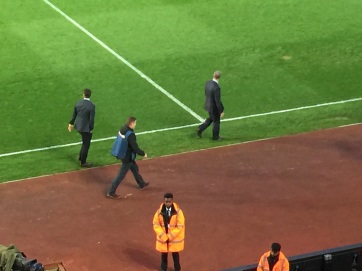 Jamie wishing he was playing

Another relic to days gone by 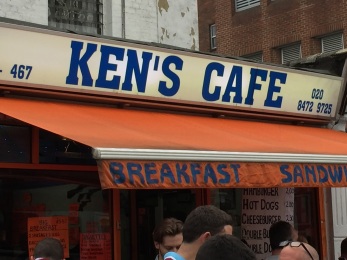 Believe it or not, there were nearly 36000 people in the stadium when this was taken 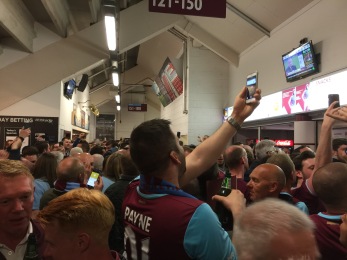 Quick, I can see a beer 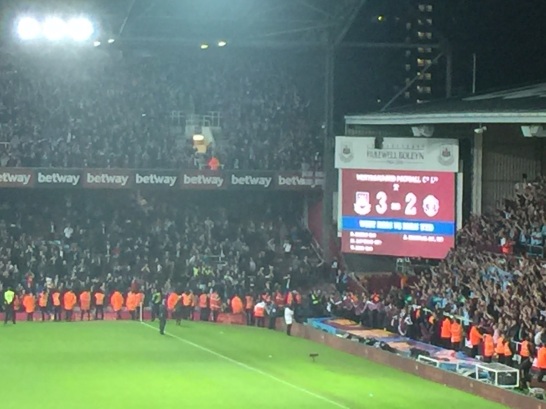 If you move the vans, maybe we can get in 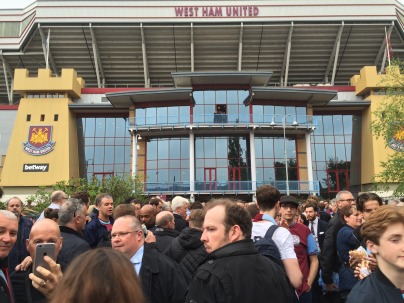 Probably my last time ever 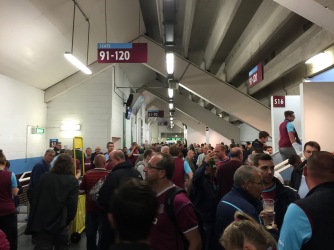 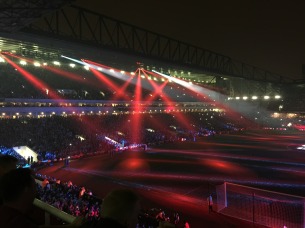 Lets all have a disco 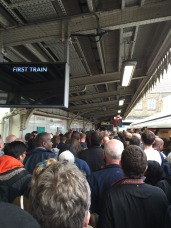