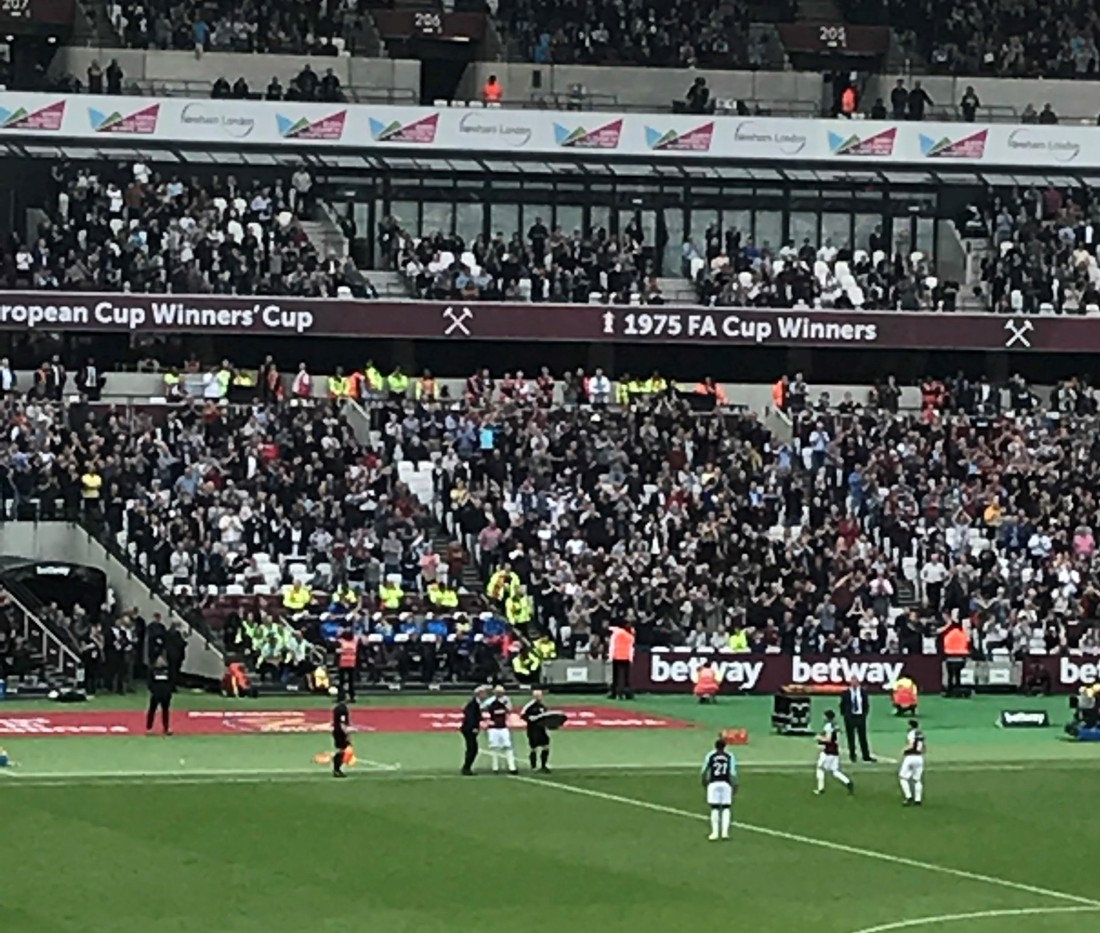 The season finished off on a bit of a high today as West Ham pulled apart an on the beach Everton in the last game of the season.

To be fair , it was easily the best performance I have seen us put out all season including beating Southampton 3-0 a few weeks a go.  Noble commanded the midfield, Arnie was on point and linked up well with Mario. Lanzini had his usual poor start, but grew into the game and rounded off the first half with a tidy finish from an Arnie and Mario assist.

Everton didn’t really bring anything to the party. Davies put a shift in in the 2nd half and Baines seemed reasonably interested.

Arnie smashed in a second, which actually looked better because Pickford almost avoided it. Bodes well for the WC next month ! Everton got back in through a very Sam like goalmouth scramble, and then up popped Lanzini to leather in the WHU 3rd to seal the points and 13th in the league.

Of more interest was the interviews afterwards, as both managers have no idea what they are doing next season. Moyes tried to put a shine on by suggesting that with players coming back in and the last week’s performances that there is something to build on and he could be the architect. But level that against his pre Man U interview where he defended his top 8 + finishes and asked if the club could match his ambition. He also mentioned that the Burnley game was the turnaround for the season. In a nutshell he has the measure of the owners and they will have to buy big in the summer if he is to stay.

Sam started waffling about with no smoke without fire when asked if he was out. The Everton fans were not backward pointing out their opinion on their manager. Everton have more choice than us in the market and hopefully will see sense and bin the sanctimonious idiot. Mr 11/10 indeed.

Weird stuff in the ground today, loads of wall hung big WHU panels have gone up. I assume just in time for them all to come down over the close season, when the stadium owners have The Stones, The Foo fighters, Beyonce and Athletics in town.

Also the little temporary bars in the lower tier disappeared, which although a cost saving will be a pain the arse next season.

Special shout out to Ginge today who probably made his last appearance in our claret and blue.  A quiet legend at West Ham over his two spells at the club, lets never forget his pointing at the board at the end of a game just before Xmas suggesting they don’t want to spend money.  Also spending the last 2 away games in with the fans, and taking his kids with him. Top fella and there will also ever only be One Ginger Pele. One more season would be great but if he is off, then fair play and good luck to you big fella. 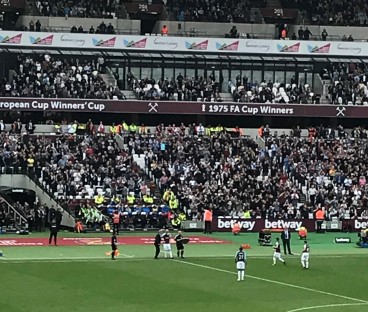 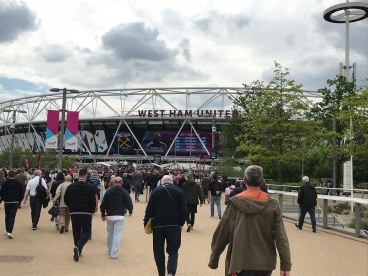 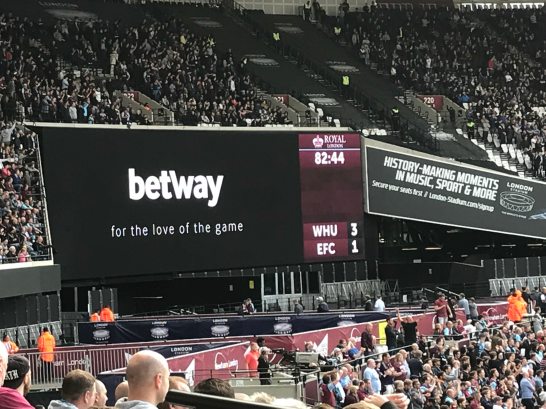 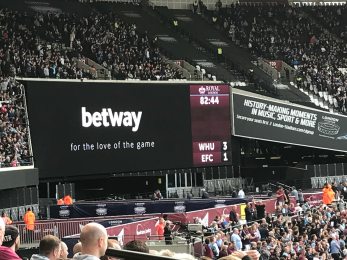 And so the season winds its way to its sorry end with our premiership status once again secured due to the inadequacy of others and self harm. OK, that’s the fun stuff out of the way!

This game is usually a decent affair but the scoreline of 0-0 tells you everything. Neither keeper was massively troubled (although there was a good double save from Adrian in the first half) , and both teams were happy to play it out and see how they got on.

Although near the end things got very tasty when Pogba got some afters on Carroll that went unpunished so he thought it would fun to do the same thing to Noble about 2 minutes later.  This didn’t go down so well, and at one point Noble had him by the neck, which is no mean feat as Pogba is about a foot taller.

Yellow cards all round and the game ends in hugs all round. That’ s about it. One point off the magical 40 with Everton to come in a guaranteed Big Sam bore fest.

In other news, I have a new job, which in itself is not that amazing. However I do have this view on my journey to work every day now.

Not good, got battered. Lets hope Huddersfield are worse. 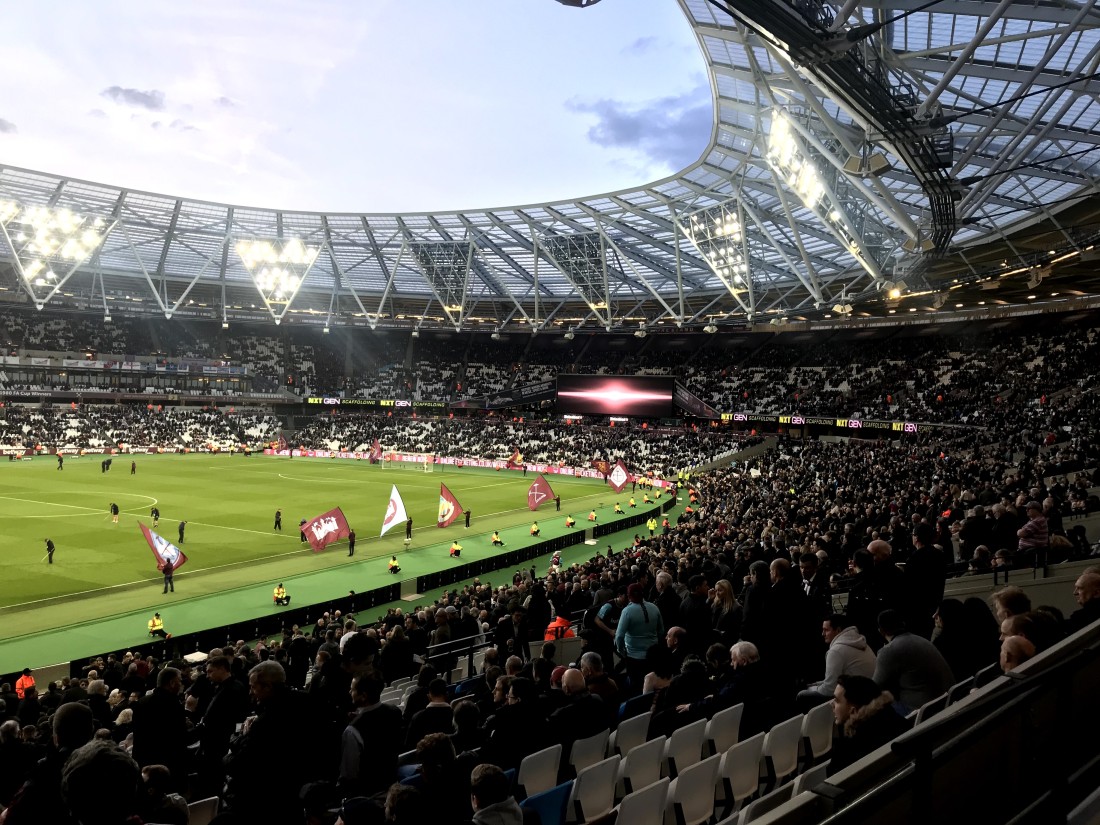 Back to the scene of the crime(s) for another thrilling Premier League installment at Corp HQ.

Nothing says “best league in the world” like Stoke at home on a Monday night. That said it wasn’t raining and it was quite a full house. Two things the away support are probably not used to.

We lined up in our now steady formation, but with the addition of Lanzini and Carroll on the bench. Joe Hart still in goal but fair play after the Chelsea game I suppose.

END_OF_DOCUMENT_TOKEN_TO_BE_REPLACED 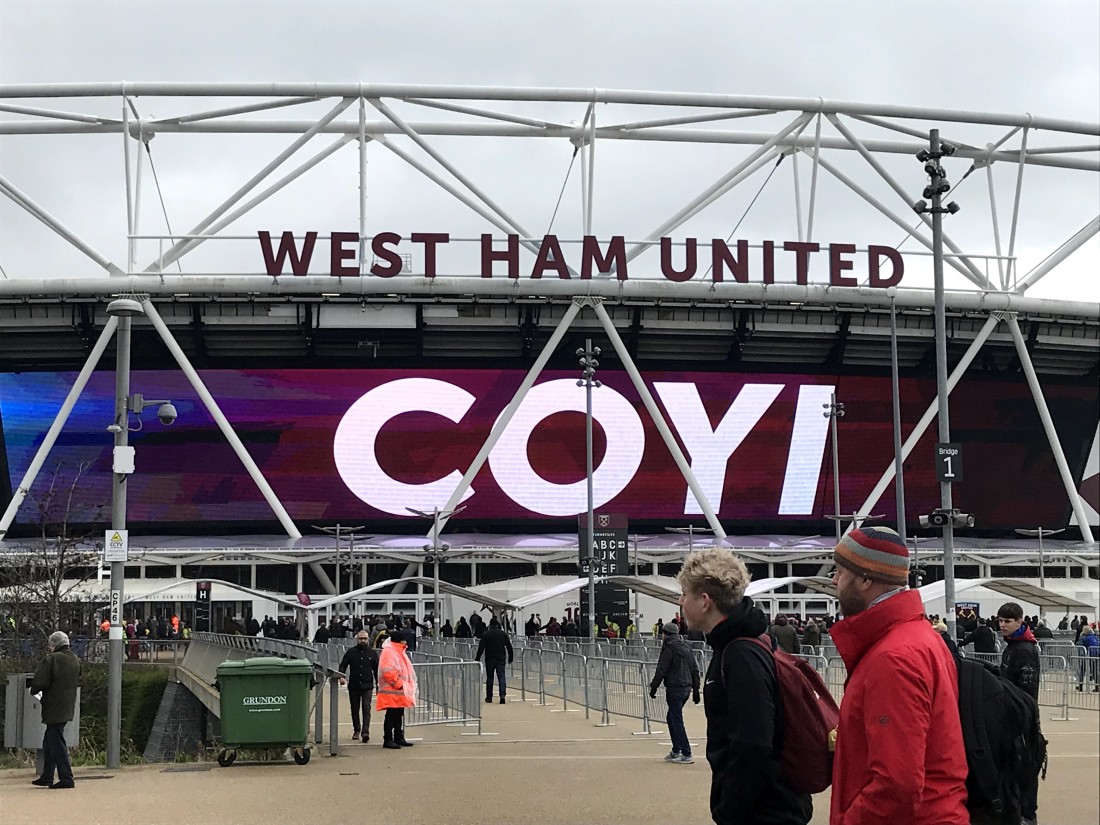 Once again it’s been a while, other things have been taking over. That said, those things are looking up for future so lets get cracking.

With the past. Burnley at home to be exact. Shambles, shambles shambles. A team playing at half effort, feeding off a crowd that sensed it was their time to make their point. And they did, but not with what you read in the papers.

Pitch invasions, are Scotland 77, Millwall 2017, not 4 separate blokes clutching sheets of A4. That is encroachment and no where near an invasion. At all. That said , seeing the fella with the flag brought all of the memories of the bond scheme protests flooding back, and I’ll admit annoyed me a bit. at the time. Now I know a bit more of the backstory fair play to Paul and I hope it all works out for him.

END_OF_DOCUMENT_TOKEN_TO_BE_REPLACED 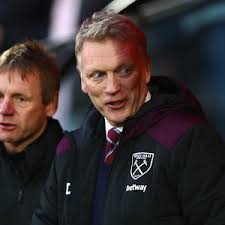 Apologies, this was written a while ago, so there is some jumping around as I update bits and pieces.

END_OF_DOCUMENT_TOKEN_TO_BE_REPLACED

Last month we were lucky enough to go to Japan for a week or so. Absolutely amazing place and somewhere I need to spend more time. We based ourselves in Tokyo and and had a day in Kyoto.

Central Tokyo like most cities is full of shops and offices, but the sheer amount of different shops they manage to pack into one building through vertical integration does give that feeling of claustrophobia. We were staying just outside the centre in the Hilton , which is more in the business district of Shinjuku which gave us some relaxation away from the neon and bustle.

END_OF_DOCUMENT_TOKEN_TO_BE_REPLACED 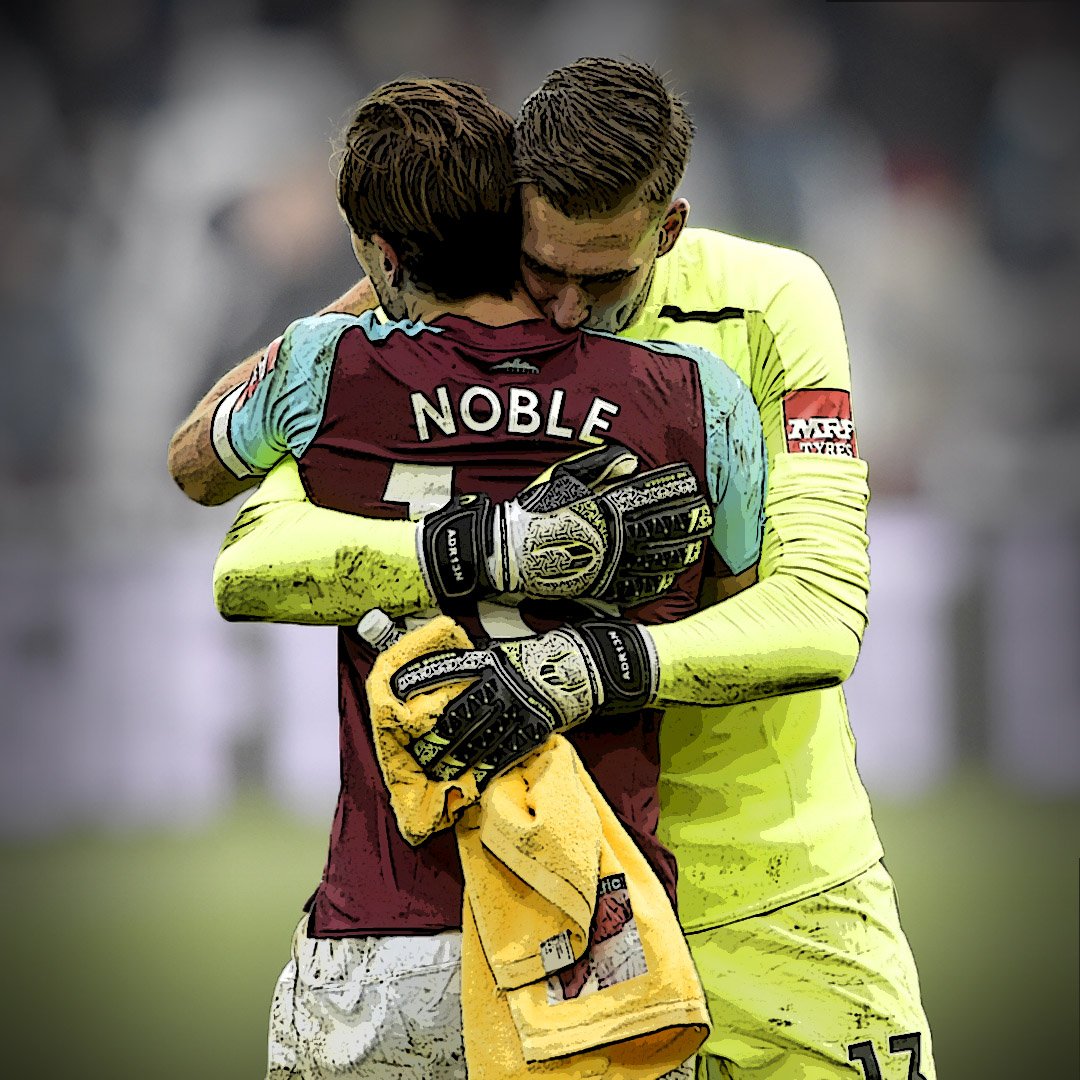 3 games since David Moyes took over and the shoots of recovery were there to see against Man City last week. But we lost and still found ourselves adrift at the wrong end of the table. This game is usually tough, but maybe we could just improve again and realise the potential in the team.

END_OF_DOCUMENT_TOKEN_TO_BE_REPLACED 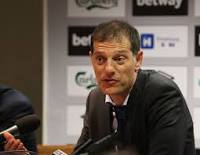 As a surprise to actually no-one Super Slav was bid farewell this morning in a tea no biscuits conversation at the OS.

Actually it was probably yesterday, but why let facts get in the way.

Having left early enough on Saturday to catch his post match interview on Saturday after another hiding at home, it was all over his face. He knew, we knew.