Really, really not a lot to say here that wasn’t summed up by Slaven, who stole my thunder with his “A draw was fair, as neither team deserved it”. Spot on big fella.

So let’s have a look why.

It’s often said in Boxing that styles make matches, and i think it’s fair to say that this was part of the issue yesterday. West Ham set themselves up in their new look 3-3-3-1. Stoke set up in a traditional 5-3-1. What this meant was as West Ham attacked they were swallowed up by the Stoke back 5, and Stoke’s natural defensive play with the ball was negated in the packed midfield.

West Ham broke the deadlock once Slaven changed the formation, bringing on Fletcher and Fernandez for Ayew and Lamzini. Lanzini was not having a good game, but Ayew must be wondering what he has got himself into. The guy made constant great runs which no one saw or used. With players like Payet and Lanzini on the pitch this is worrying. Maybe Slaven needs to sit people down during the week to show them what they now need to look out for with a more mobile front line. My new neighbour suggested we go long ball with shuttling midfielders, but I think that says more about his football knowledge than his ability to read a match.

Anyway Antonio joined Fletcher up top and the game changed instantly, as with bombing on wingers and 2 strikers we could keep their defence busy. Payet dinked a cheeky ball in to Antonio who headed in . However it was called an OG. Who cares, at the time it was 3 points, as Stoke weren’t really interested.

But a couple of minutes later Adrian was caught off his line and luckily the defence got it away. This is becoming a bit of a regular occurrence, and it happened again with 15 to go, as Adrian came flying off his line when the ball was relatively miles away and got caught well off his line and Stoke took the advantage and scored.

I rate Adrian and one thing i have mentioned before is that he normally sticks to his line. I think Slaven has called him out on this as well, so he is trying to change, but I think he have to accept it’s not really him. However, he has made a few mistakes this year and maybe it’s time for Randolph to get a few games in for us. Adrian’s position is basically uncontested and maybe a few games on the bench might make him rethink things and push on to become the keeper he undoubtably can.

In a nutshell if we are to continue in this formation we need to be quicker in the transition when we get the ball at the back, we are woefully slow getting it out and that gives the opposition time to reset.

MOTM – John for getting the half time beers. 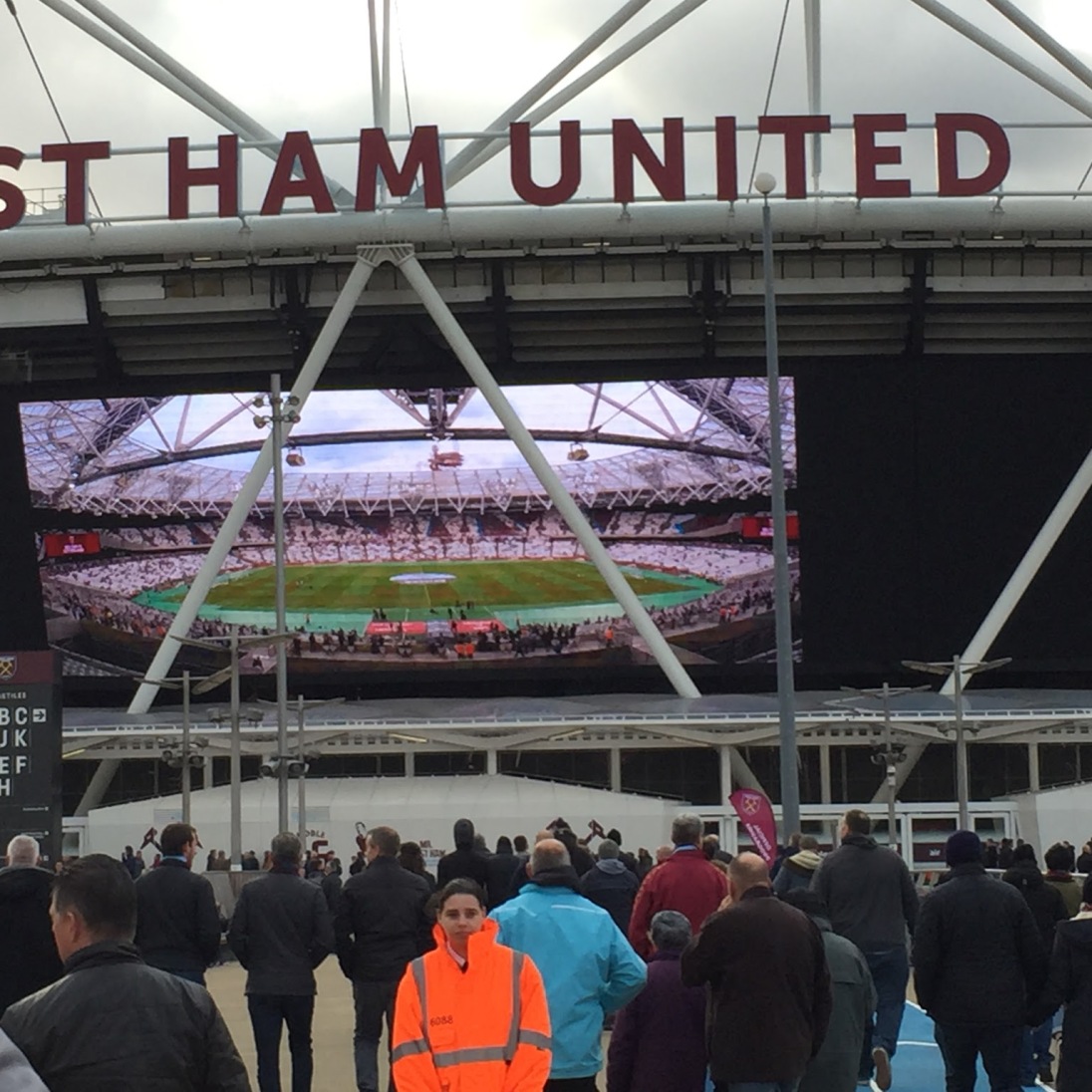 Not quite sure what Stewards were doing one column in apart from getting in the way. Ditto a million police up on the concourse

Can you hear the sound of commercialism